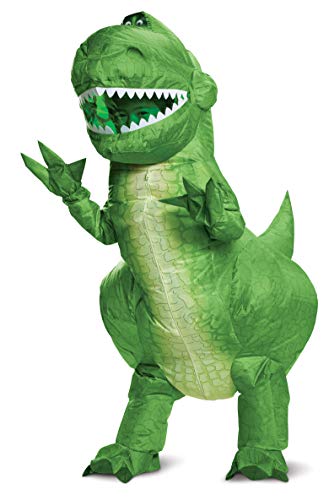 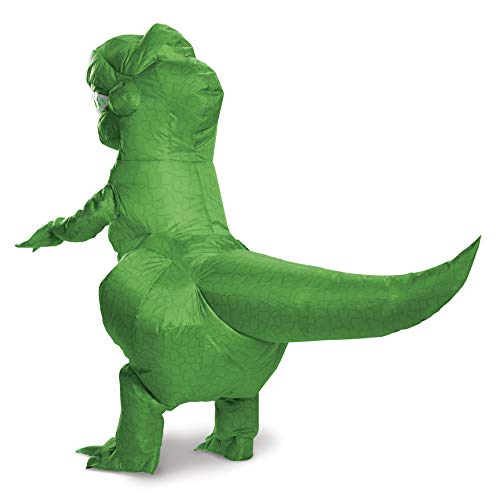 Product prices and availability are accurate as of the date/time indicated and are subject to change. Any price and availability information displayed on [relevant Amazon Site(s), as applicable] at the time of purchase will apply to the purchase of this product.

Categories: Costumes, Dress Up and Pretend Play, Toys and Games
Share this product

ARCHEOLOGICAL SECRETS REVEALED! Most of the world wildly accepts the fact that dinosaurs once roamed the planet until something awful happened and stole them away from us. Now, realistically, it’s probably best that they didn’t stick around. With the way we’ve built up cities and depend on functioning infrastructure, a periodic rampage of lizards in the 20-foot tall range might cause some problems. So, for the last 65 million years, we’ve been without their engaging company.  However, recent discoveries suggest that some of the dinosaurs managed to escape total extinction! Who knew that some of these miraculous reptiles could just let out a single massive roar that deflated them so completely that they shrunk down into teeny tiny toy sizes!? Yeah, we were just as astonished as you to learn that creatures like the Tyrannosaurus Rex could shrink themselves down to little 10-inch toys! The question is: what do we do now!?  PRODUCT DETAILS If your first thought about what to do with tiny deflated dinosaurs is to blow them back up, well, you’re our kind of people! That’s why this officially licensed Inflatable Rex costume is perfect for that Tyrannosaurus-Kiddo that you have in your life. This jumpsuit looks just like our favorite Toy Story dinosaur, Rex, from his scaley belly and cute little claws to his giant toothy smile. Your kiddo can look right through the mesh screen over Rex’s mouth and the flip of a switch on the included fan will inflate this costume right into the proper dimensions!  A TINY-SAURUS? Once we managed to reinflate our frightening T-Rex, we did notice that it was just a touch… shorter than it used to be. In fact, a lot shorter. But, while this Rex look might not be as ferocious as the T-Rex of the past may have been, we think the kiddo version of Rex is quite a bit cuter!  – Bodysuit – Pair of Gloves – Battery Pack

Polyester
Officially Licensed Product
Product Includes: Inflatable jumpsuit, a pair of gloves and battery operated air inflating fan.
This inflatable costume is safe and fun for you child to wear
Battery pack powers the fan that keeps the costume inflated
Zip it up to inflate and easily unzip to deflate.
DISNEY – TOY STORY 4